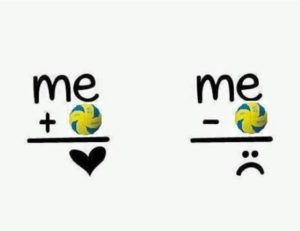 What is this game of volleyball to you?

You’ve found yourself here, on this site, perusing your next purchase or maybe even just reading up on the endless sea of facts and theories that are out there in this wonderful world we call “volleyball”.

However, have you ever stopped to think to yourself;

“What is volleyball to me?”

In an essence, what part of your identity does volleyball hold for you?

We, as collective lovers of this intense game of don’t let the ball hit the floor, all stem from some fruition of the sport. Some of us have just stumbled across volleyball, as it has officially become the largest collegiate Women’s sport. While others have been infatuated with it since the intense grudge games of side-out scoring.

Side-out scoring: Where you could only earn a point if you possessed the serve.

So I’ll begin by answering what volleyball is to me.

It’s simple but oh so complex 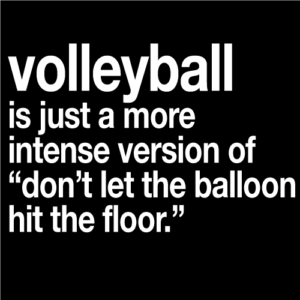 Volleyball is like an onion (I know, lame analogy, but bear with me!)

On the outside it seems like any other ball sport. Fast, exhausting, repetitive and to a non-sports person a whole lot of “why”? However, once you play it you uncover the first layer and typically that is the fact that this sport is a whole lot harder than it seems on the outside. There’s complex nuances of arm positioning and it is this delicate dance of pure athleticism and precise positioning. That this game truly never ends until a ball hits the opposing floor a minimum of 75 times in a 3 set match.

There’s no time to decide just how long a match endures. A match goes the distance until the score cap is met.

But truly, the more and more layers you peel back, from interested person to adoring fan to competitive athlete all the way to passionate coach, the game just keeps evolving.

There’s never enough and there’s always things to learn and grow on which makes this sport so beautiful.

It is the Epitome of a Team Game

There are very few “Lebron James” or “Michael Jordan” type of players that grace the basketball world. A type of player that revolutionizes the way we see the game forever. A player that can single handedly carry an entire team to victory day in and day out. These players very rarely grace sports, however they never grace the world of volleyball.

Sure, you can argue that players such as France’s Earvin N’Gapeth, USA’s Karch Kiraly or Brazil’s Fernanda Venturini are reinventors of the game in an essence that Jordan and Lebron are as well.

On the contrary, these players had an incredible supporting cast behind them to assist them along the way to their success.

Long story short, the game of volleyball requires at least 2 people, and at most 3, to make a respectable play on the ball in order to earn a single point. That’s some impressive teamwork from positions that are specifically tailored into creating a successful attempt for a point (ie: liberos, setters, attackers).

The play is never truly over until the whistle blows and the point is concluded. During that span the ball is following the laws of physics and doesn’t slow down. You don’t have time to trot up to the top of three-point line, draw a play, declare it to your teammates, execute it and then finish in under 24 seconds for one shot.

You have to decide quickly and efficiently using various terms and “MINE!” ‘s in order to achieve success for the rally. And rally’s can last anywhere from 5 seconds to 60 seconds plus! This creates a flow within the game where the ball is constantly moving, people must communicate to avoid traffic jams, all for the sake of setting up the best opportunity for converting a rally into a point.

Repeat a minimum of 25 times per set in order to earn a victory.

And earn it, you all did. 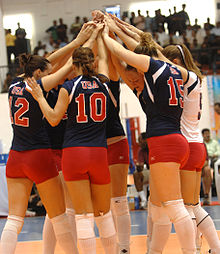 There are so Many Life Lessons

Every sport is filled with life lessons. That’s why I think it’s pivotal to find a hobby and let it fill your life. Any hobby can correlate into life lessons; what dedication is. What passion is. What accountability is. Particularly with sports, you learn that certain things are out of control while many other things are perfectly in your driver’s seat.

You can go through any practice and uncover a worthwhile lesson that may pertain to your life.

I coach high school boys volleyball. We were slated in a tournament that we were hosting against the number two team in our state and against the most formidable Outside Hitter in the state of Wisconsin.

It was an intimidating matchup for my boys and honestly I had prepared to hang the towel after that match as it was the first match of our playoffs and this team had only lost two games all year; against the number one team in the state.

As a realistic coach, it was safe to assume that we had minimal chance.

But, as one of my favorite quotes that I shared with my boys at practice one day states;

“Luck is what happens when preparation meets opportunity.” –Seneca

And boy oh boy was this an opportunity.

Prior to the match, while we were waiting to play one of my players comes up to me and says “Coach, what chance do we have of beating this team?”

And this was coming from a player who was a senior, first year on varsity, zero club experience and very minimal volleyball exposure (however, a fantastic individual with a serious competitive drive and sharp sense of humor) and my reply was sharp and subtle.

I said, “Probably not much of a chance, no.”

And he comes back with, “Well, watch this.”

Fired up we bounce back out of the gate and close out the second set 25-22 to close out the tournament match and move onto the semis.

That same player comes up to me after the match and goes,

“Luck is what happens when preparation meets opportunity, right coach?” 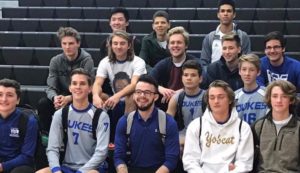 It was an incredible moment for the team to dethrone competition like that.

I am issuing a challenge to our readers;

Go out there and think of at least three reasons as to what volleyball is to you. You’ll uncover an endless world of possibility, shock and awe as you reflect and dive through your years of experience.

Grow to appreciate where you have come from and learn from your losses as well as your victories.

And do not dwell on what you cannot control. Focus on spreading passion and believing in your kids.

This is a wonderful world of volleyball, isn’t it?