I’m Jennifer McCallister, a student athlete at Cardinal Stritch University working as a blog writer for The Edge Pro Volleyball Trainer. I was born and raised in a small town named Prineville, located directly in the middle of Oregon. The population was just under 5,000 as I was growing up and has now increased to nearly 10,000 people.

Obviously that is not a big number compared to where I’m at now, which is in Milwaukee, Wisconsin. You might ask, why I’m over 2,000 miles away from my hometown. Believe me, moving that far from home wasn’t an easy decision but I was directly entered into the Nursing program and get to play the sport I love, volleyball. All of this couldn’t have been possible without support, studying and volleyball training that involved all the right equipment. 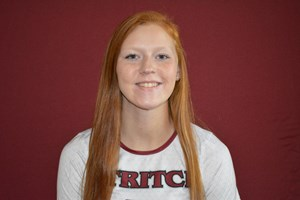 It was a big decision, moving halfway across the country, with my boyfriend, knowing nothing about Wisconsin or what I should even expect. I had never been there, nonetheless heard about the University. The only tie I had to Wisconsin was through the head coach of the women’s volleyball team. He knew the head coach of my high school team, and decided to reach out to me.

He’d been to one of my practices when he was still coaching for a University in Oregon and taught my team new skills. I sent film of me playing but his decision to recruit me was solely based on the word of my high school coach. We spent months talking about a visit, expenses, and the team. Deciding where I wanted to go to college and what I wanted to get out of my college experience, were both factors I thought about as the end of my senior year approached.

I’d always wanted to experience something new, and college would provide that for me but going out of state would provide me with so much more.  My mom and I went on a visit in March of 2017. We toured the school, talked about volleyball, went over tuition expenses, and I even got to spend the night with two players. It was all such a blast and the school felt like a perfect fit.

I had the support of my whole family, including my boyfriend. Not only did I know that my family would support me, but it was a decision my high school coach, Rosie, supported me with as well. Her and I have spent many years together, she’s made me the player I am. She told me she was thrilled about the opportunity and that I shouldn’t pass it up. Later that day, I officially signed as a right side hitter and became a Cardinal Stritch Wolf.

There would have been no way of getting into the Nursing program at Stritch if my high school grades weren’t as high as they were. The Nursing program is said to be extremely intense, not just anyone can be admitted. There aren’t a lot of athletes that major in Nursing because of its intensity but I’ve always wanted to be a Nurse so I looked forward to the challenge.

I ended my senior year with a 4.0 gpa academically, along with some athletic recognition. I took my high school career very seriously, as I knew it would affect where I would go to college and more specifically, ones I would get accepted into. Since I took high school so seriously, I was able to graduate with an honors diploma, which to me is very special.

My coach always said that school was more important than volleyball so she always helped us with school work after practices, that way we’d never have to miss one. It’s hard to juggle school and a sport at the same time, but if you’re motivated and hardworking, it makes things a lot easier.

Training at home and getting extra reps outside of club and high school practices is very important. I remember how much extra time, besides practice, I spent on playing the sport I’m passionate about. My dad and I would pass back and forth in the front yard, then he’d hit at me so I could work on digging. Not all of these sessions worked as I wanted them too. Often times I’d get frustrated and wanted to be done for the day.

Even though it was difficult sometimes, nothing meant more to me then my dad taking the time to make me better. He always pushed me, not only in volleyball but in school as well. Although it counted as extra practice, it wasn’t the same as practicing on a court with a net. Then one day during my freshman year, Coach Rosie gave me an easily packable net that I could set up in my backyard.

There were many camps I went to, with circuits that included many of the products that The Edge Pro Volleyball Trainer has. With these products, I learned how to pass and set balls to certain targets. Another station had a volleyball hitting machine, which made me jump higher and actually reach for the ball. Not only at camps did I have the opportunity to work on my fundamental volleyball skills, but at home as well.

With these products, you can work on any of the fundamental volleyball skills you want to, when you want to and where you want to. Volleyball training equipment can really help you accelerate your growth, not to mention it’s just fun to use. 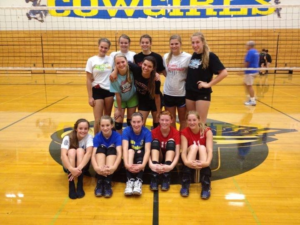 I’ve been playing volleyball for eight years. There is no other sport I’d rather be playing. Now that I’m in college, it’s weird not playing all year long. Club is no longer an option. I’ve come to realize that I wouldn’t be playing volleyball if Rosie and my club coaches had not pushed me as hard as they did throughout my high school career.

There is always a daunting question in the back of my head, “what if your senior year was the last year you ever got to play volleyball?”. It’s crazy to even imagine what I’d be doing this year if I was not playing volleyball. I am thankful for the people that have coached me and will continue to thank the coaches that make me better. Back when I was in those camps and in the backyard with my dad, training with volleyball equipment, makes me miss it.

We don’t use that equipment in college, which I think we should. The equipment from The Edge Pro Volleyball Trainer is very useful, especially for one-on-one training. There will be times that I will struggle, juggling volleyball and my studies at once, but it’s a challenge I knew I had to be up for.

Thanks for reading our blog. Please leave your comments below and tell us what you’d like to hear about. 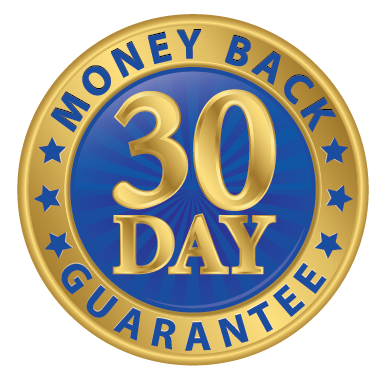